Sometime ago, I made a chatbot from translating one language to another called Langur. Today, I have decided to make it open source, so that people can learn from it and make chat bots easily. It’s my very first open source repository and way of contributing to the open source community. The bot is live and it has some channels linked to it, you can test it in the demo section. It’s really simple and anyone can do. You will find the Language translation chat bot on Github. Here is a little intro about what it does and how to use it. 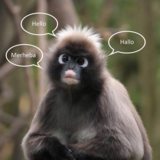 Langur is a translation chat bot made with Microsoft Bot Framework with Node.js and a free Google translate Api. You can read more about it on my blog.

In the beginning, the bot asks you for your source and target language and then it translates whatever you type into it.

Insert your appId and appPassword After installing the dependcies, create a bot on the Microsoft Bot framework. Get the appId and the appPassword. Replace these values here:

Or create a file named: keys.js and export these values. 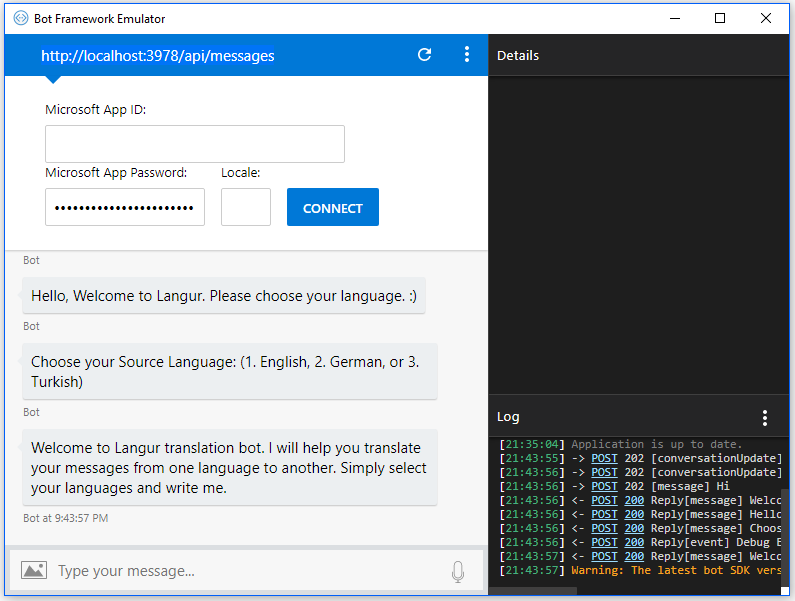 Afterwards, you can interact with the bot like so: 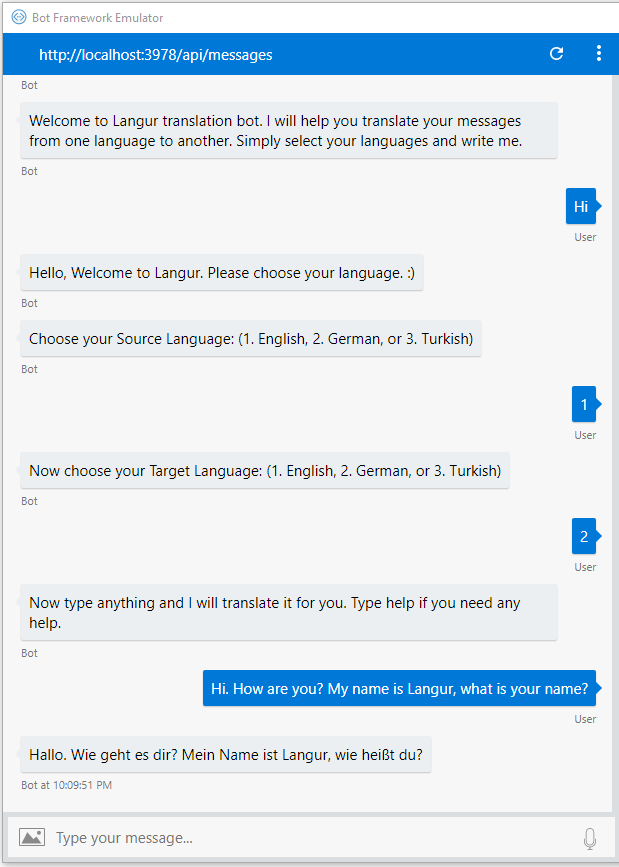